In the early morning hours of June 28, 2016, a suspicious fire completely destroyed the pavilion at Atlantic Dunes Park, which is located on Ocean Blvd just north of Linton. Although hidden by trees and not visible from the road, the pavilion was heavily used by beach goers, and was also rented for private events.  Fortunately, the shower and bathroom facilities were not destroyed and are still available for public use.

The initial determination by the insurance carrier stated that the rebuilding costs are below the $100,000 deductible amount of the policy. The City of Delray Beach is planning to rebuild the pavilion, but must now identify the required funds.  The city is considering some redesign and improvements to the destroyed pavilion as part of the reconstruction project, including removal of nearby invasive trees.

As an aside, on the same night as this fire, a trash can was also set on fire adjacent to the gazebo two miles north, near Laing Street.  That aging gazebo survived and is scheduled for replacement as part of the Beach Area Master Plan improvements. 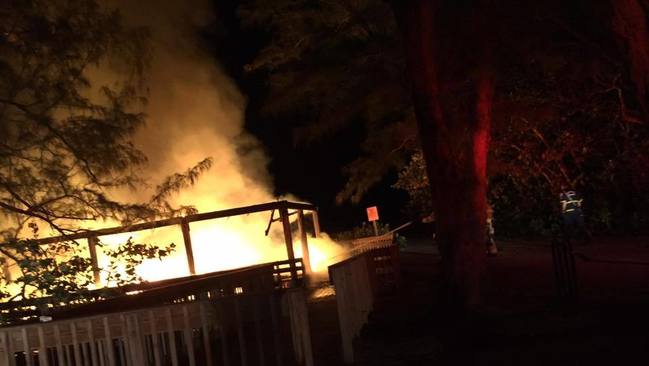 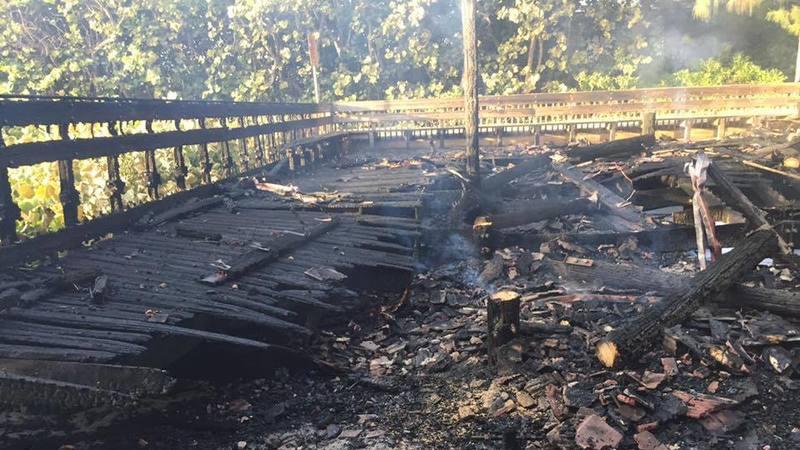