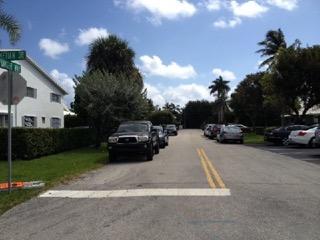 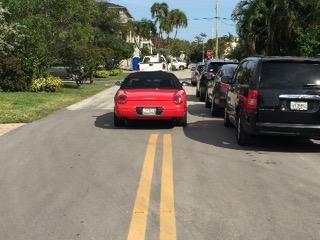 As Delray Beach as grown, parking problems on the Barrier Island have also grown, particularly during the winter season when the beach area attracts many tourists. The beach area has also been converting over time from seasonal residents, with typically one car, to year round family residents with multiple cars, causing additional parking needs. Crowded, narrow streets have resulted in illegal and unsafe parking conditions.

BPOA members have voiced their concern and requested better enforcement of parking  laws. The City Commission and staff are equally concerned and are researching possible solutions.  Members of the B.P.O.A. trustees have been involved in this process, including one member serving on the Parking Management Advisory Board.

Recently, the city hired a new Parking Management Director and a city traffic engineer,  who are examining potential solutions and developing a parking policy for the Barrier Island and also other areas of the city.  We met with these new city staff members and drove together in the beach area, street by street, to highlight problems we have observed in recent years.  We look forward to their analysis and suggested solutions We will keep our membership informed as this process evolves, and the City will host a resident meeting to discuss the potential parking policy being considered.

An earlier, fuller discussion of these issues can be found below.

Over a period of many years, beach area residents have contacted the city and the Beach Property Owners’ Association with complaints of illegal and unsafe parking. This topic has also come up at numerous general membership meetings and has been voiced to us from pedestrian and bicycle safety organizations. The complaints were from a wide variety of beach area streets and with many variations on a similar theme. Briefly stated, the streets here are very narrow and are heavily used by visitors to the beach causing many unsafe parking situations. This occurs mostly in the winter season but can also be found throughout the entire year. In addition, the problems also take place on days when meter parking is readily available both on Ocean Boulevard and the various surface parking lots by visitors who simply do not wish to pay for parking. This year has been particularly bad due to an increase in visitors to Delray Beach and due to a generally held belief that the city does not enforce parking rules in the residential neighborhoods.

The parking problems in the Marina Historic District are somewhat similar to those found in the beach area. As the Downtown area along Atlantic Avenue has grown in popularity, visitors to the restaurants and shops have been parking in the residential district just west of the Intracoastal Waterway. Residents were finding that they could not find spaces in their own neighborhood. After several years of studying various approaches, the city just passed regulations for parking on those streets that are wide enough to allow safe parking. Residents of the district, including marina boat slip renters, will be allowed to purchase parking permits for themselves and guests. Only permit holders will be allowed to park in this district in clearly marked legal spaces. “No Parking” signs will also be used at other locations where safe parking is not possible. The available spaces will be shared and open to all permit holders. Since the number of available permit spaces will be limited, there is no guarantee that on any given day all the residents and their guests will be fully accommodated.

The analogy to the beach area is obvious. Both areas are mostly residential, with many single-family homes, but are located in parts of town that are highly attractive to visitors for shopping, dining, or beach use. The problem in the beach area is somewhat worse in that we have very few locations where the streets are wide enough for parking while still allowing safe passage for cars, pedestrians, and emergency vehicles (see below). We may need to adopt elements of the residential permit parking policies just approved for the Marina District to resolve some of the problems in the beach area. In order for a similar project to be implemented here, a request would need to be made to the city and a majority of the residents would need to approve in a survey conducted by the city.

Parking on narrow streets presents several safety problems especially on streets that do not have sidewalks. Pedestrians are forced to step out into the middle of the street sometimes as far as beyond the centerline. Emergency vehicles are also hindered when not enough clearance is available in the travel lanes. The city has researched safety standards for emergency vehicles and has determined that a total of 28 feet of road clearance is required to allow one lane of parallel parking; 20 feet for the two travel lanes and 8 feet for the parking lane. Unfortunately, many of the streets in the beach area are significantly narrower than 28 feet, with many as narrow as 18 feet. An additional safety concern arises from cars parked too close to an intersection, thereby blocking the visibility triangle required for safe driving and turning for normal cars and making turns with larger trucks and emergency vehicles nearly impossible.

Many of the houses in the beach area were built during past decades when the average household had fewer cars. Provisions for more than one or two cars were seldom made on the smaller lots found on many streets in the area and especially in the Nassau Street Historic District. Families residing in the area with three or more cars found that they needed to park on the street to lead their normal lives. The presence of guests made the parking demands even greater.

So we are faced with a very difficult problem to solve. How do we maintain safety while still allowing area residents to lead normal lives? A completely strict reading of safety rules would not allow any parked cars on a two-way street that is narrower than 28 feet. A single car parked on a narrow street does somewhat pose a safety issue but can still be maneuvered around by most cars, and even by wider emergency vehicles if no physical barrier is present on the other side of the street opposite that car. However, that same street presents a major safety hazard when scores of cars are parked on the street and especially when parked on both sides. It is that latter case that we are currently facing in the beach area when visitors are plentiful.

The city is currently undertaking a pilot test program to measure the extent of the problems and to seek out suggestions from beach area residents to solve these parking problems. Nassau Street was picked by the city for this pilot program where signs will be placed announcing “No Parking on Nassau Street”. These signs will be placed at the intersections of Nassau with Ocean, Gleason, and Venetian. This is a compromise alternative to locating “No Parking” signs every 75 feet on Nassau Street as required by some regulations. For the one to two months of the pilot program, parking tickets will not be issued but warnings on parked cars will allow valuable data in defining and measuring the problem. A round table will be called by the city to allow a wide range of residents to discuss problems and propose solutions. We also anticipate that the city will distinguish between parked cars and service vehicles during this pilot program. A temporary service or delivery vehicle should be considered as an attended vehicle since the driver and workers are within easy hailing distance and the vehicle can be quickly moved if an emergency should arise. A car parked by a beach visitor (or an away resident) for several hours is an entirely different situation.

A clear single solution to all the aspects of the problems of unsafe or illegal parking in the beach area is not very apparent. We have heard from numerous residents with very divergent positions; most asking for no street parking on narrow streets, others are asking for resident parking only, and one calling for more parking with no distinctions between resident and visitor parking. The solutions may be different in various parts of the beach area since we have streets of varying and non-standard widths, and neighborhoods with different mixes of single-family homes and larger condo buildings. We can learn lessons from the Marina District’s new parking rules but we may also find that different answers apply to the different street types found here. Some combinations of no parking and resident parking permits will probably be major components of the solution.

Some easing of rules for establishing an additional parking pad in a private front yard may also need to be considered. This is especially true in the Nassau Street Historic District where there are fairly strict restrictions on extra spaces due to historic preservation concerns.

Finally, the two-month pilot program being initiated by the city will help crystallize the parking problems and possible solutions. We look forward to constructive ideas and resident participation at the round table discussions at the end of the pilot program. We may not find perfect solutions but we need to take action to avoid the worsening of the problems we have observed this winter.

The Board of Trustees of the BPOA